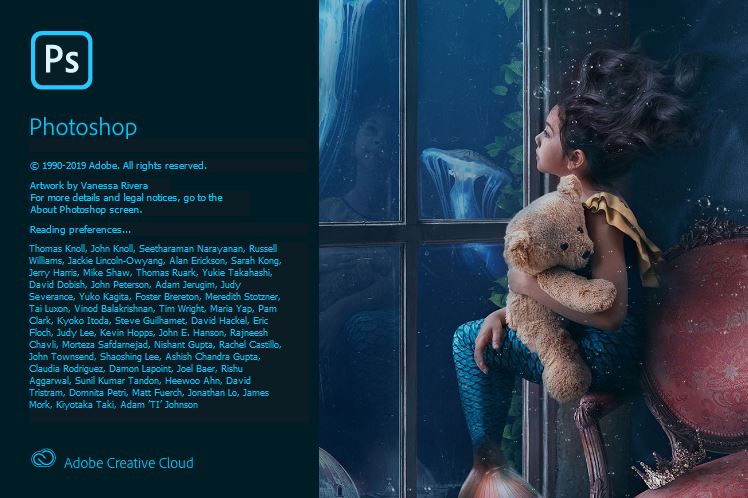 Adobe has released Photoshop CC 2020, the latest update to its flagship image-editing application. The new version brings some seriously useful new features, including new Warp capabilities, better automatic selection, and a range of minor interface changes that combine to make you more productive. Here’s our guide to the best features in the update.

The Select Subject command has been enhanced, due to Adobe Sensei – their name for the artificial intelligence that allows Photoshop to analyze an image and guess at what you want to select. In practice, it’s remarkably good at its job: in this image of a car on a complex background, Photoshop has successfully selected the car almost perfectly. There’s still some minor tweaking to be done, but it’s an impressive first step.

The Select and Mask dialog (formerly known as Refine Edge) has always incorporated a Quick Selection brush. Now there’s a new tool, which lets you make a selection around the object you want to isolate: in this case, it’s the woman sitting on the right.

After making a rectangular selection, Photoshop automatically finds the subject within that area, making it easy to separate one person from among a group.

For several versions now, the Properties Panel has been the go-to location for information about the current layer. It has received major enhancements in this release, with context-sensitive additions that depend on the layer and current tool type. It also now contains Quick Actions, such as Remove Background, which uses the same Sensei technology as Select Subject to isolate objects of interest and, as the name implies, remove the background. Note that the background isn’t deleted, but hidden on a new Layer Mask; this allows you to fix any errors, such as the missing part of the roof of this car.

The Properties Panel is especially effective with type, since it now provides quick access to all the most common typographic tools, both on a Character and a Paragraph level. There are also Quick Action buttons at the bottom for converting type into a Frame and into a Shape object.

The Image Warp functionality has been a useful addition to Free Transform for many years, allowing you to use envelope distortions to change the shape of an object. But it has always used a 3 x 3 grid, which could be limiting. Now known simply as Warp, it starts off with just four control handles, one at each corner, with Bézier handles on each to adjust the warp direction and amount.

You can now add as many points as you like within the warp, either by choosing them from the Options Bar at the top, or simply by holding Option or Alt and clicking on the image. This provides tremendous extra flexibility, allowing for the creation of complex warp effects that weren’t possible before.

New panels for Patterns, Gradients and Shapes make their storage and retrieval much more straightforward, with graphical previews that show you exactly what you’re going to get. The Shapes panel, in particular, provides a vastly better way of choosing shapes: dragging from the panel into the artwork will create a new vector layer containing that shape.

Yes, you can use it offline as well. CC Library works if you are logged in to Adobe Creative Cloud.