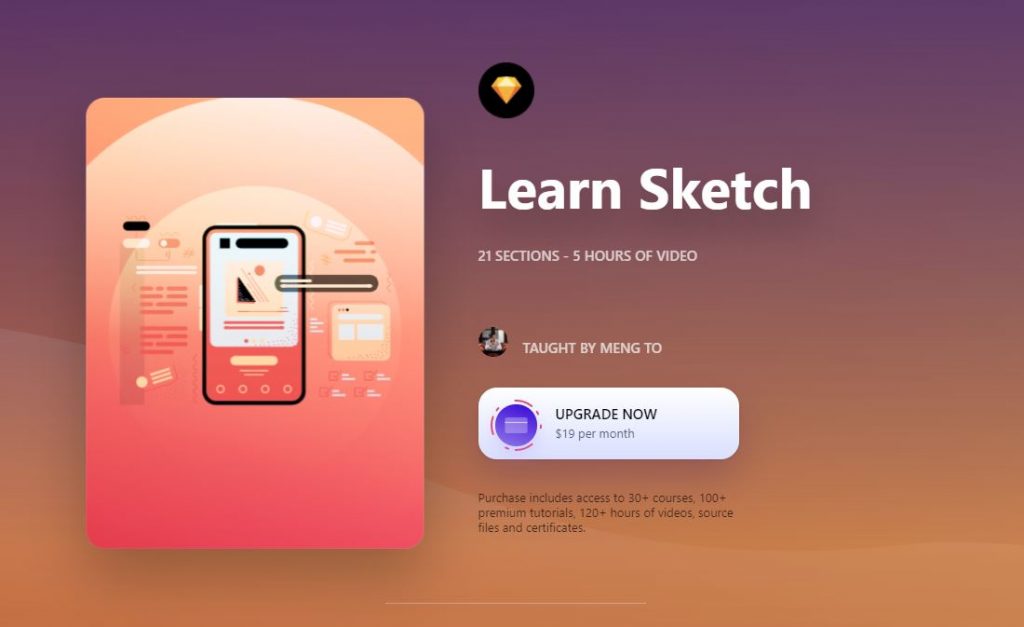 Sketch is a design tool entirely vector-based and focused on user interface design. It’s easy to pick up and costs a fraction of the price of Photoshop. Because of its simplicity, anyone with little to no training can learn Sketch. On top of that, it’s perfect for today’s need for designing for multiple devices.

When I first started using Sketch 5 years ago, it felt like a glimpse to the future. I immediately made the switch. But for many, it was an uphill battle. Vector-based design tools were unpopular back then. Very few believed in a striped-down, UI-focused design tool. Photoshop had everything they could dream of. They didn’t see an age of Super Retina screens coming. They believed that prototyping was only meant for coders. They thought that 3D was merely for adding bevels to their design. Little did they know that Sketch would soundly dethrone Photoshop 5 years later.

Sketch has completely changed my workflow. As a design application that I spend 8 hours a day on, there is no other tool that has influenced my work as much. Its growth is out of this world; new resources and plugins are coming out almost on a daily basis.

We’ve come a long way since. Artboards, Symbols and Libraries have become common in this space. Designers now collaborate more than ever, thanks to Sketch-first plugins like Abstract, Craft, Flinto, Principleand Framer. Big companies like Appleand Facebook often releases their UI Kits Sketch-first.