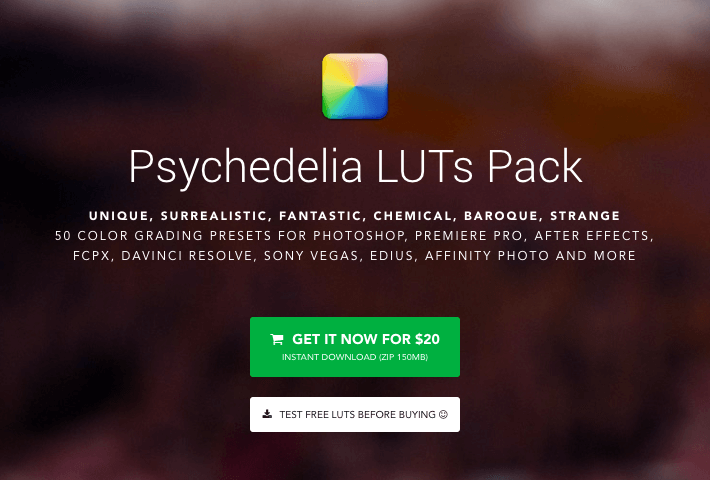 A Look-Up Table (LUT) is a file with .CUBE or .3DL extension, containing math instructions
to replace a color (based on RGB value) by another one. It’s like a color grading preset.
This process is done pixel by pixel with a very high accuracy.

These LUTs are compatible with almost all photo and video editing apps and can be applied
on the images made from any cameras (list of compatible applications below).

This pack contains a set of 70+ unique color grading presets.
It’s the opportunity for you to give a very original touch to your image!
These LUTs were designed to preserve the maximum skin tones.

Can be used on photos and videos.

These LUTs were inspired by infrared photography, with neutral colors and skin tones preserved.
The colors are extravagant and flamboyant, perfect to create a surrealistic atmosphere.

Scroll down to see a before/after example of each LUT of the pack.

These presets can be used with the most photo and video editing softwares (Mac/Windows):