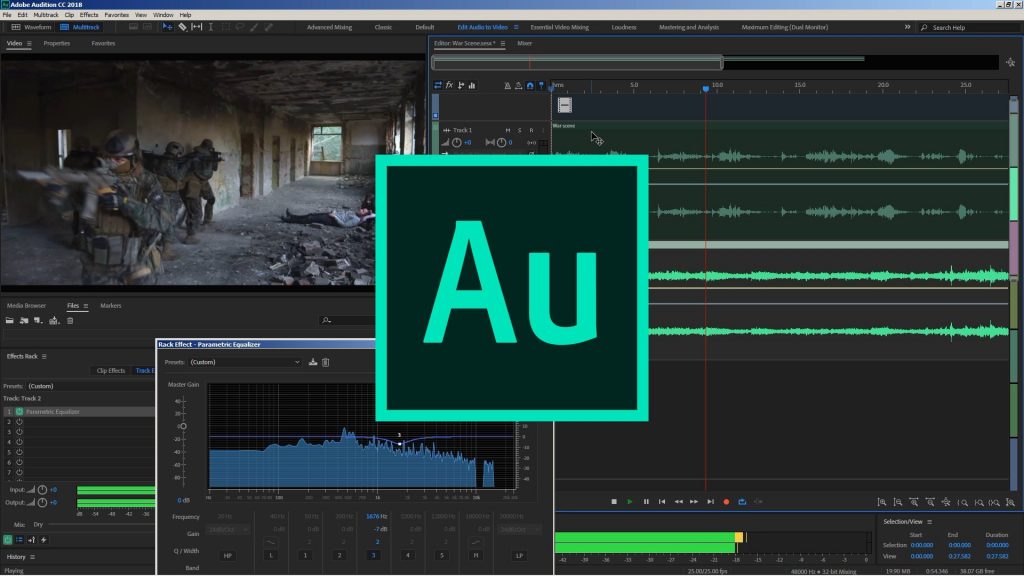 Do you know why most film and documentary submissions to festivals get rejected?: amateur sound.

It’s not enough to remove some noise and tweak the volume of music to match dialogue to call it Sound Post-production.

50% of your film, documentary, interview, or clip is Sound, and at least 70% of emotions are in Sound.

It’s a pity to spend so much time and money on the image of a project that will eventually be considered amateur, of low quality, because of Sound.

You will learn professional Sound Post-production, even if you are a one-man-band filmmaker.

I’ll teach you advanced techniques that are necessary, but I will simplify them for you. Techniques that will make you proud of your film project.

– I’ll walk you through the workflow,

– how to take your Sound from Adobe premiere to Adobe Audition,

– how to organise your tracks,

– The differences between Male and female voices

– I will explain frequencies in detail

– and how to automate noise removal for several files

– The magic of EQ

– and of course professional mixing of music with vocals

– before exporting your sound.

Let’s make sound one of your strengths.